Our father, Gordon Henderson (1941-2016), started our family-owned and operated business over 45 years ago. He always said we were in the business of “putting children first”. He believed that playgrounds should be fun and exciting, but also challenging and nurturing. The best playgrounds combine these values, and ensure that children are not just fit and happy, but also helps prepare them to reach their full potential in life. Our Dad dedicated his life’s work to creating fun environments for children. He was thrilled to play a part in connecting families within their communities and helping them thrive and grow. We are committed to our father’s legacy by providing you with innovative play events for all age groups and abilities; we have options to meet your needs and realize your vision. Our focus is children, and we are thankful for the wonderful opportunity of Putting Children First™. Thank you Dad for your vision, your guidance, and your love. Your commitment to family drives us forward. We will miss you. The Henderson Family Andrew, Matthew, and Charles 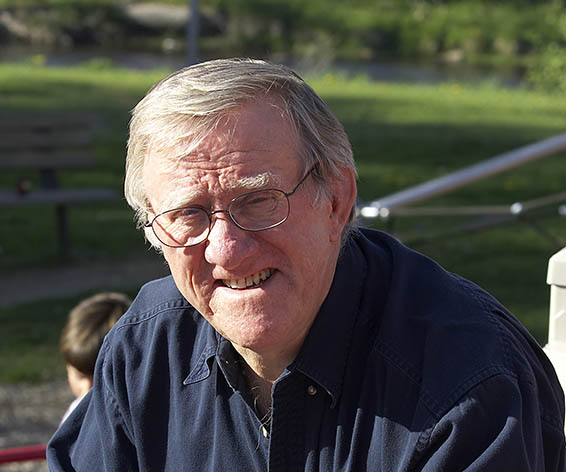 Founder, Past President and Beloved Father

The story of Henderson Recreation Equipment began over 47 years ago in small-town Ontario, Canada. Gordon Henderson, the company patriarch, was a new father to the first of his three boys. His days were spent hard at work as plant manager for the Paris Playgrounds, while his nights were spent dreaming of a playground business of his own.

As a second-generation playground maker, Henderson had the right mix of experience, skill, and enthusiasm to make a playground business work. On top of that, he had the benefit of a brother who worked by his side building playground equipment, and the legacy of their deceased father, Charlie, who had made playground building his life’s work.

Before long, Henderson recognized an opportunity in the market. He could see that customers were eager for new play equipment options that went beyond the freestanding slides and swing sets typical of playgrounds in the 1960s and 70s.

In 1971 Henderson’s dream was realized when he began building playground equipment in the big green workshop behind his family home in Oakland, Ontario.

The business started out small, producing park amenities and select play items that were uniquely his own—products like Henderson Teeters, Panda Bear Swings, and Woodchuck Burrows that recognized the importance of creativity and novelty in children’s playground equipment.

Between his three young sons, Andrew, Matthew and Charles, and his many nieces and nephews from his three brothers, Henderson had a committee of eager product testers and the motivation to make the best play equipment on the market. His goal was to give customers the quality, curb appeal, and custom options they wanted.

By the late 1970s, the business was booming and a larger facility was essential to continuing their work. The former Norwich milk plant made an ideal new home, giving them ample space for production and offices.

More family members soon came on board. Henderson’s brother, David, who still works in sales to this day, with a daughter, Rachel, working as a playground designer.

When the Henderson boys came of age, they were eager to work in manufacturing and installation during their summer holidays and college and University breaks. Today all three sons are involved in management positions in the company. For Matthew and Charles, the family business has been their sole employer.

“It’s a super bonus when you have a family business and you can make things work,” said Henderson.

The growth continued until a second move was necessary, taking the business to its current home in Simcoe in 1995. This larger and more practical facility combines the floor space and large office needed to run the business today.

This website uses cookies to improve your experience while you navigate through the website. Out of these, the cookies that are categorized as necessary are stored on your browser as they are essential for the working of basic functionalities of the website. We also use third-party cookies that help us analyze and understand how you use this website. These cookies will be stored in your browser only with your consent. You also have the option to opt-out of these cookies. But opting out of some of these cookies may affect your browsing experience.
Necessary Always Enabled
Necessary cookies are absolutely essential for the website to function properly. This category only includes cookies that ensures basic functionalities and security features of the website. These cookies do not store any personal information.
Non-necessary
Any cookies that may not be particularly necessary for the website to function and is used specifically to collect user personal data via analytics, ads, other embedded contents are termed as non-necessary cookies. It is mandatory to procure user consent prior to running these cookies on your website.
SAVE & ACCEPT