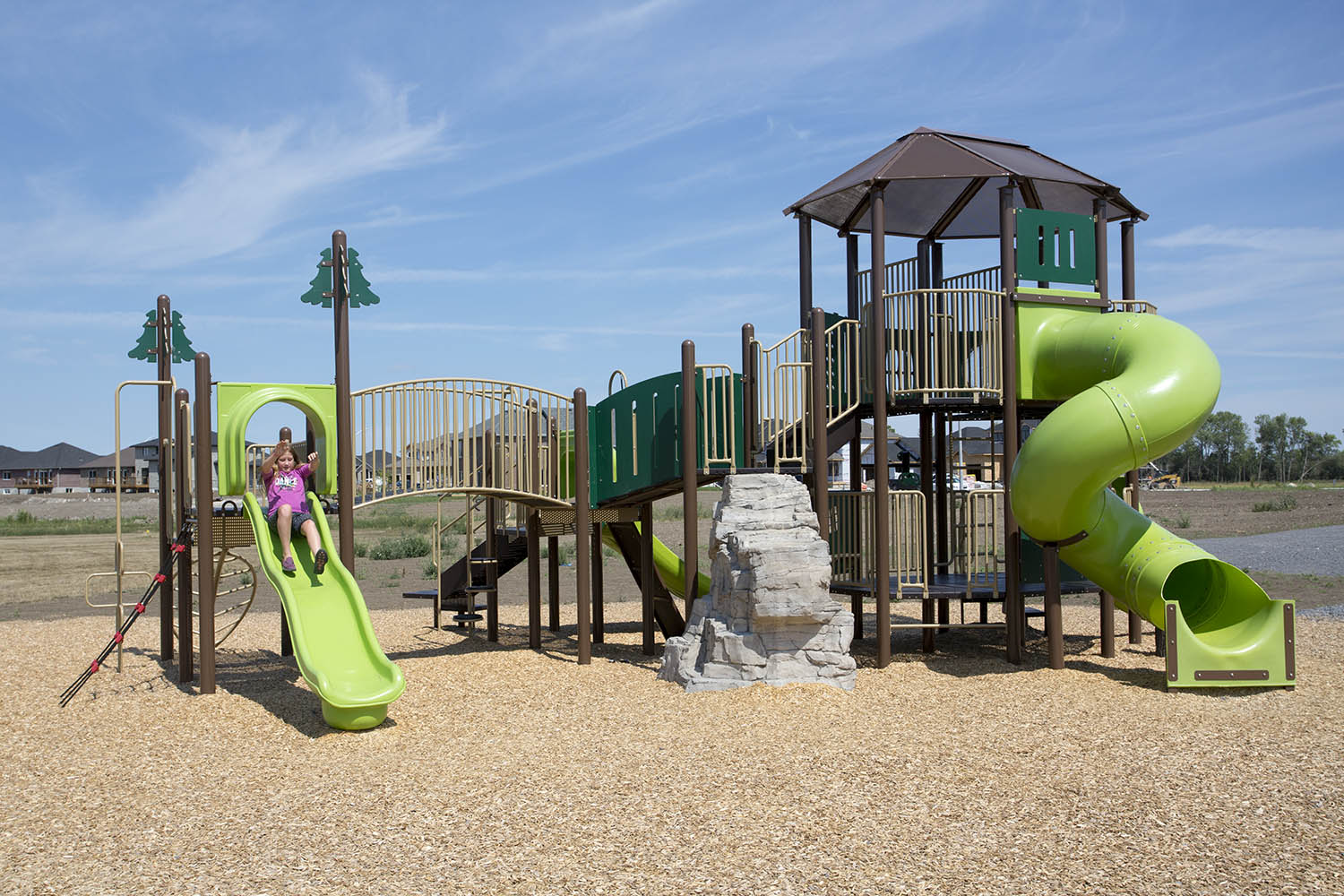 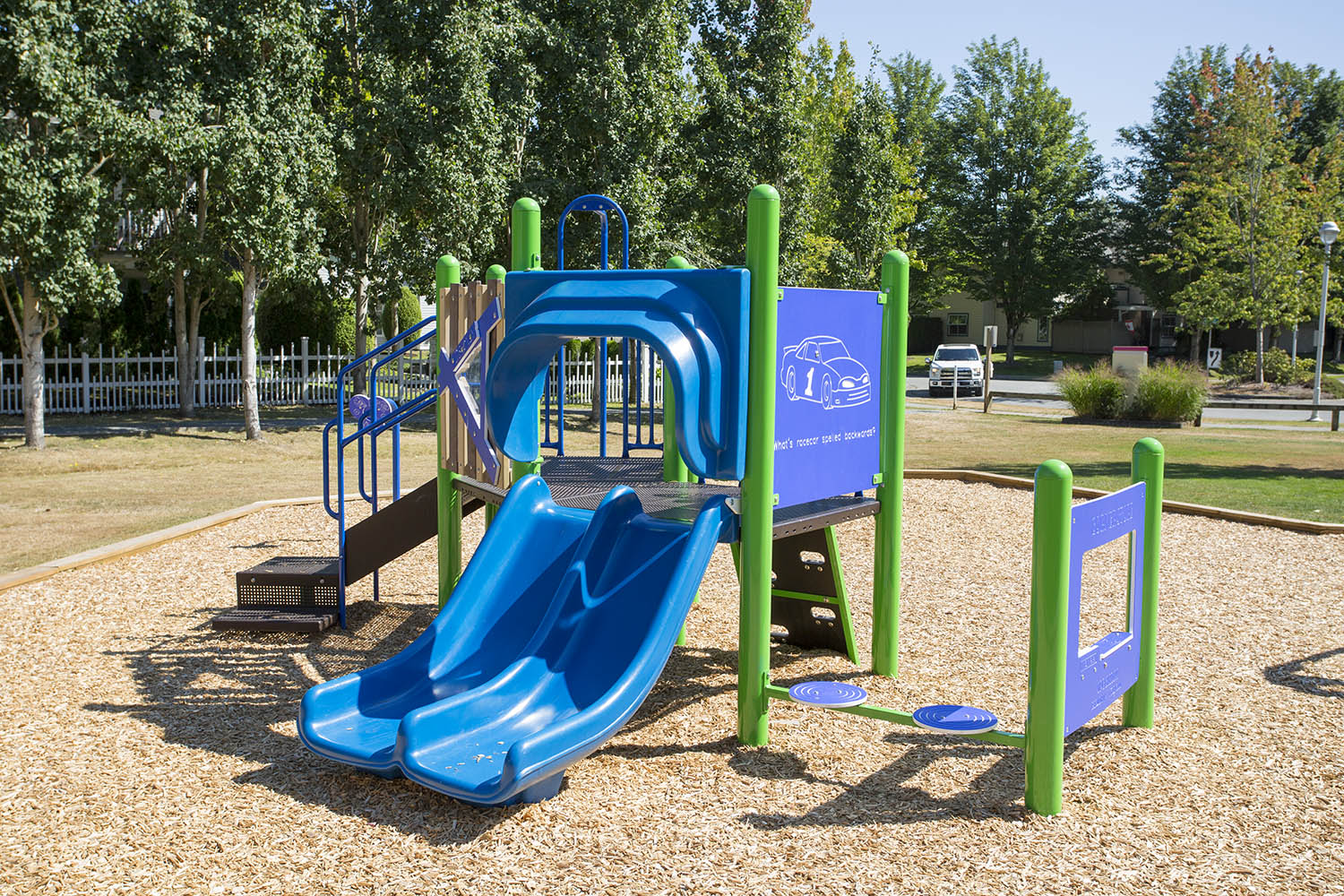 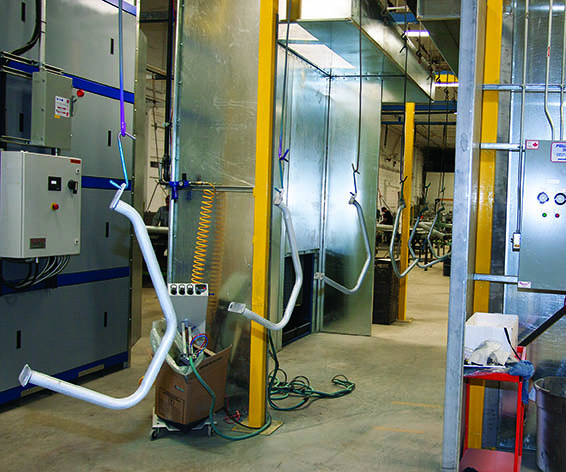 Henderson uses only premium quality galvanized steel, which offers superior rust protection. After welding we in-line zinc powder coat all welded areas and cut ends to offer you the best in anti-rust protection. Our process is superior to base coat or primer coats systems which are merely just another coat of paint. 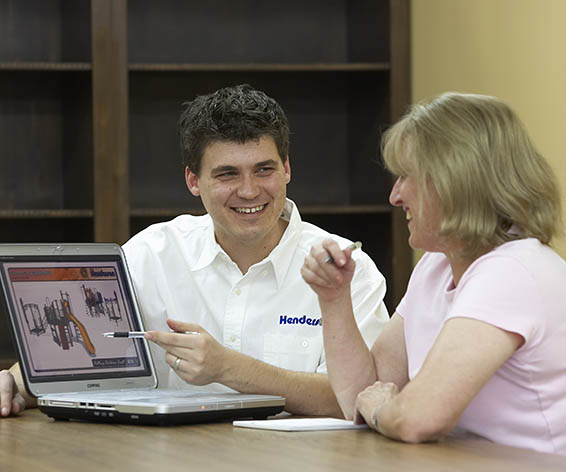 Henderson Recreation sales reps have the knowledge and skill to guide you through the entire playground sales process. We can provide you with realistic 3D renderings and plan views to help understand the playground design you are purchasing. 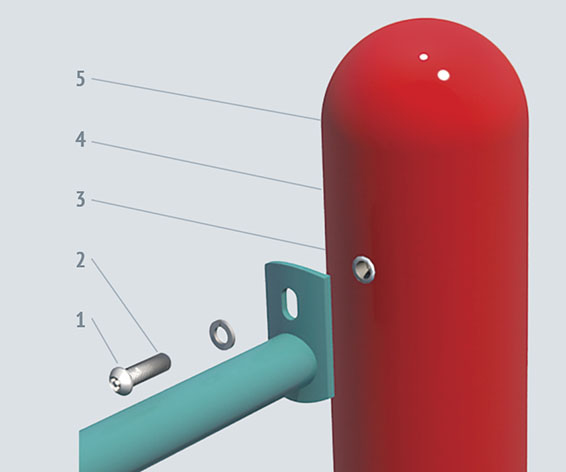 The Perfect Fit for any Playspace

Nothing gets the heart pumping like a  race through a challenging and fun obstacle course. Kids can challenge each other through a series of difficult, muscle building, cardio enhancing, and physically tough obstacle course. They can also practice the obstacle events independently as they prepare for the next race against their friends.

Great for schools that want to enhance the physical education program outdoors. No aspect of physical fitness has been left out on the largest course.

Open a child's Mind to

The One & Only T-Rex

T-rex (meaning “Tyrant lizard king”) was one of the world’s largest meat-eating dinosaurs at 40 feet long, 15 feet high, and weighing 5 to 7 tons. T-rex roamed the earth 68 to 65 million years ago and was known for its large, powerful jaws and fearsome look. Interestingly, for such a large animal, the hands and arms, though powerful, were quite small.

Every child’s favorite dinosaur, the mighty and powerful T-Rex.

This T-rex dig was cast off the second most complete T-rex specimen in the world. This is the T-rex on display at the Chicago museum. Bury this skeleton under sand and watch children be amazed as they uncover this huge life-size T-rex.

This website uses cookies to improve your experience while you navigate through the website. Out of these, the cookies that are categorized as necessary are stored on your browser as they are essential for the working of basic functionalities of the website. We also use third-party cookies that help us analyze and understand how you use this website. These cookies will be stored in your browser only with your consent. You also have the option to opt-out of these cookies. But opting out of some of these cookies may affect your browsing experience.
Necessary Always Enabled
Necessary cookies are absolutely essential for the website to function properly. This category only includes cookies that ensures basic functionalities and security features of the website. These cookies do not store any personal information.
Non-necessary
Any cookies that may not be particularly necessary for the website to function and is used specifically to collect user personal data via analytics, ads, other embedded contents are termed as non-necessary cookies. It is mandatory to procure user consent prior to running these cookies on your website.
SAVE & ACCEPT